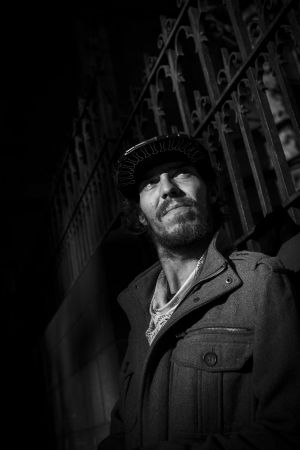 In the Autumn of 2016 and in response to tabloid suggestions that Melbournes’ homeless were a danger to the general public, Police actively moved the homeless on from the park benches, stairwells and stoops upon which they slept. In protest, a small group of homeless staged built a small temporary home in City Square, garnering the interest of City officials, the Media and passers-by.

I spent two days with these people listening to their stories and making portraits of each as pockets of light presented itself around the city. The aim was to present the homeless as dignified, ‘real’ people as opposed to the generalised view that they are a stain on society. Some have mental issues some have been successful business people who have fallen on hard times. Some also have drug dependancy issues but all are human beings and deserving of a ‘fair go’. As seen in The Sunday Age. Photographed for Fairfax Media via Getty Images.