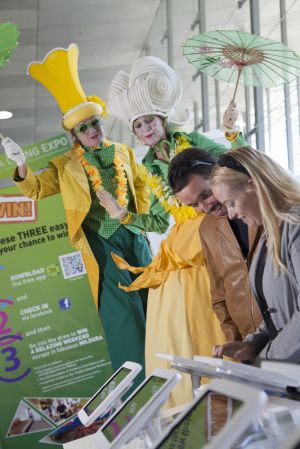 Chris is the official photographer for the Victorian State Government’s Regional Victoria Expo, held at Melbourne’s Convention and Exhibition centre. He is also the official photographer for Lion Foods (formerly Lion Nathan) in the Birdcage during the Melbourne Spring Racing Carnival, ANZ’s corporate hospitality suite at the Australian Tennis Open and for GM Holden at the Deniliquin Ute Muster. In 2014 he was selected as one of two photographers to cover the World Congress of Haemophilia.